Origins of the NZSA

Efforts to form an anaesthesia interest group probably began in the 1920s, but it was 1929 before a Section of Anaesthetics was introduced into the Australasian Medical Congresses. This was stimulated by Francis McMechan, an American doctor who did much to foster the introduction of anaesthesia societies around the world.
The New Zealand Branch of the British Medical Association (BMA) formed a Section of Anaesthesia at the BMA conference in Christchurch in February 1930; the Australian Society of Anaesthetists (ASA) was formed in 1934, but New Zealand’s society took a little longer to eventuate.

Francis Fullerton and John Hudson of Auckland both encouraged the formation of a local society in the 1930s, but the real impetus came in 1939, when James Church, a prominent Taranaki anaesthetist, wrote to leading anaesthetists in the four main centres, suggesting a New Zealand Society of Anaesthetists (NZSA). Church’s proposal was endorsed, but by then, World War II had started, and it was deemed wise to wait until the conflict was over. 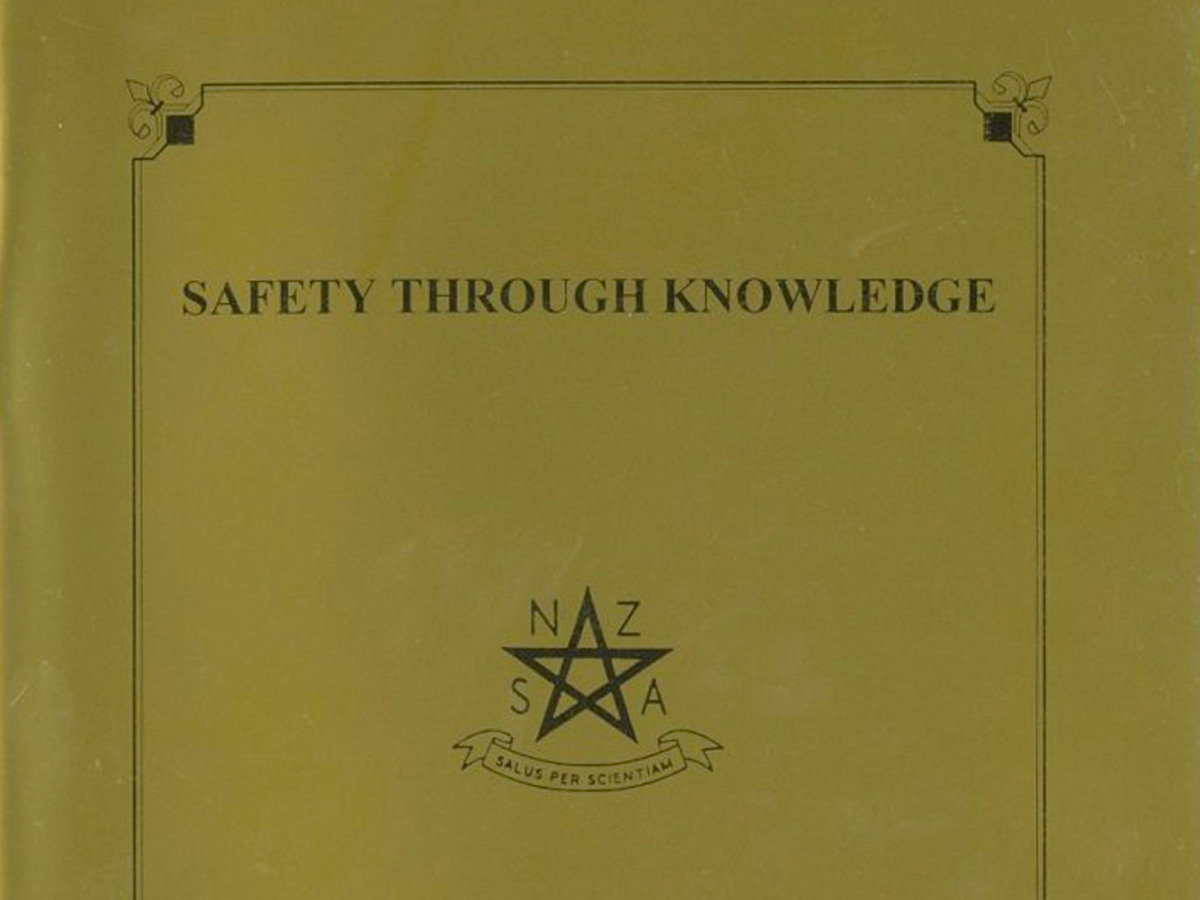 At the 1946 BMA Conference in Auckland, members of the Section of Anaesthesia proposed that a New Zealand society be formed within the BMA. A committee was elected — G. F. V. Anson (Auckland, Chair), A. N. Slater (Wellington), E. H. H. Taylor (Christchurch) and J. R. Ritchie (Dunedin). Throughout 1947 they worked on this brief, and in February 1948, at the BMA Meeting in Dunedin, the New Zealand Society of Anaesthetists was formed. Dr Anson was the first president; Dr A. A. Tennent, vice president, and Dr Slater, secretary-treasurer.

Initial membership was 39, expanding to 64 by the end of 1949. The annual subscription was one guinea ($2.10). Geoffrey Kaye of Melbourne, founder of the Australian Society, was of great assistance to the interim committee in setting up the NZSA.

The aims and objectives of NZSA were set out in the first Constitution, and are as pertinent today as they were then: 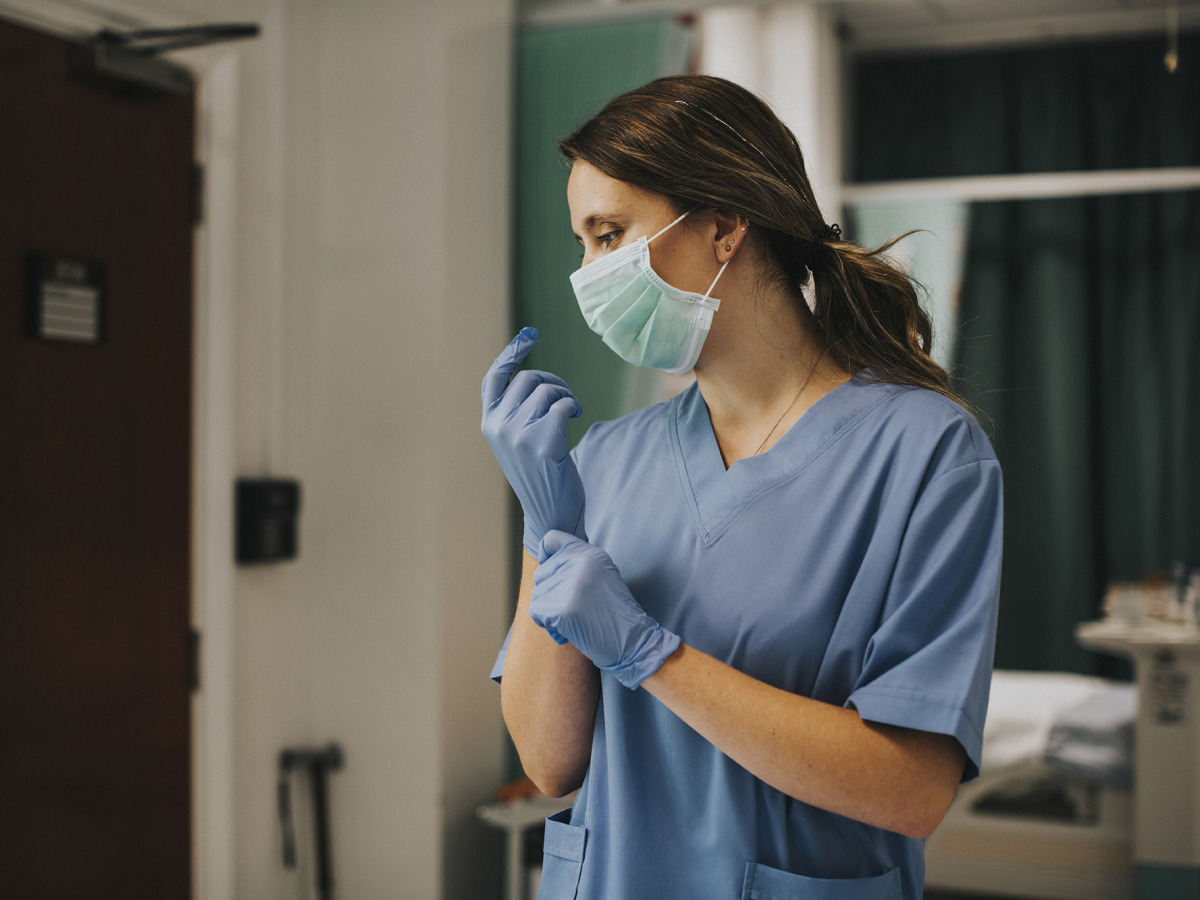 Setting up in Wellington

Initially Society headquarters were in Wellington, however a two-yearly rotation through the four main centres ensured each region’s members were able to serve as officers. This continued until 1964 when other cities became involved and while a good plan at the time, rotation did lead to some disarray in Society archives and records.

NZSA received considerable support from the BMA (NZ Branch) in the early years, but became an incorporated society in 1961, still affiliated to the BMA (later the New Zealand Medical Association, NZMA). Although a permanent secretariat was discussed from 1974, the Society did not gain a permanent base until 1998 when an office was set up in Wellington with professional staff. The first full-time secretary was appointed in 2000. 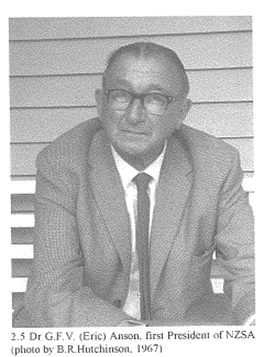 Regarding education, the BMA’s NZ Branch promoted a Section of Anaesthesia with its Biennial Conferences from 1946 until 1969. In 1951, former New Zealander, Professor (later Sir) Robert Macintosh of Oxford University, was guest speaker and the third AGM of NZSA was held at the same time. Later that year, the Society launched its own separate conferences with a weekend South Island Meeting at Timaru in October. North Island Meetings began in 1958 at Wairakei. These continued until 1973 and were “half-way” venues for members in each island when most travelling was still done by car, but venues changed later. Local speakers were led by an overseas visitor whom we usually shared with the ASA. 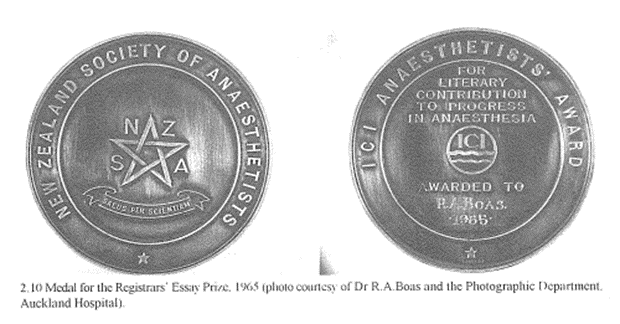 In 1969, the 21st anniversary of NZSA was celebrated at a New Zealand-wide meeting in Wellington. This conference was opened by Governor General Sir Arthur Porritt, and the guest speaker, Professor James Robertson of Edinburgh, also visited other centres (as did other visiting lecturers). The Society now had 200 members. The next all-New Zealand meeting was held in Auckland in 1974, the chief organiser being Tony Newson. Tom Allen of Adelaide was guest speaker. This was the forerunner of one major conference per year for New Zealand anaesthetists, held in different centres. A successful combined meeting with the Australian Society was held in Christchurch in 1977, the first of several happy conjunctions with our trans-Tasman colleagues. Visiting speakers came from all round the world.

While there was some initial antagonism between the Society and the Faculty of Anaesthetists in the Royal Australasian College of Surgeons (FARACS)*, this dissipated and in 1978 a combined meeting of NZSA and New Zealand Faculty fellows took place in Nelson. This was really the first Conference of Anaesthetists of New Zealand (CANZ) and annual meetings have continued since, with the addition of single theme conferences since 1983. In 1986, CANZ changed to the Continuing Education Committee of Anaesthetists of New Zealand (CECANZ) and more recently has become the Aotearoa New Zealand Anaesthesia Education Committee (ANZAEC). The Society was responsible for running the 6th Asian and Australasian Conference of Anaesthesiologists in Auckland in 1982.

*Later to become the Australian and New Zealand College of Anaesthetists (ANZCA).

In honour of the first President, the Anson Memorial Foundation was formed in 1970, to aid funding of postgraduate education. An annual Registrars’ Prize was initiated in 1960, and other awards have followed – the John Ritchie prize is awarded for the best paper at the annual meeting; the B. W. T. Ritchie scholarship to enable senior registrars to undertake further study overseas; the Young Investigators Award was established in 2005, and a prize for Anaesthetic Technicians has been awarded since 1987. The Society was a strong advocate for anaesthetic technicians and has been involved in their training and examination since 1978. Society honours include Honorary Membership (from 1949), Life Membership (from 1969) and the Meritorious Service Award (from 1988).

From 1978, members became increasingly involved with aiding and teaching anaesthesia in the Pacific Island nations. On a broader front, NZSA had observers at the World Federation of Societies of Anaesthesiologists (WFSA) from its foundation in 1955, New Zealand becoming a member and contributing particularly to the Asian and Australasian Regional Section formed in 1970. Cedric Hoskins became a Vice President of WFSA, and Peter Kempthorne also served many years on the Executive. 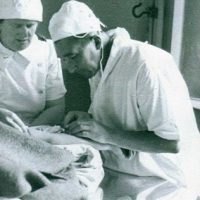 The Society’s quarterly Newsletter first appeared in March 1948 and that single cyclostyled sheet evolved into a multi-paged foolscap newsletter which contained notices, regulations, reports of society meetings, and clinical and educational material. Page numbers grew but with a page size decrease and in 1962, Newsletter became a glossy professionally printed journal. In late 1991, the publication returned to a large page size (A4) with professional printing which has been retained despite several name changes to the Newsletter. Anaesthesia Aotearoa merged with NZSA’s newsletter but since 2005 the publication has been titled New Zealand Anaesthesia and updates readers on the Society’s and members’ doings. Initially, editorship was the responsibility of the secretary/treasurer but from 1966, this office was separated. Notable long-term editors have been Gerald Moss, Anne Wills, Graham Sharpe, and Rob Ebert.

From its earliest days, the NZSA has endeavoured to improve New Zealand anaesthesia. This has included investigation into deaths related to our specialty, which John Ritchie introduced in 1950. This facet has expanded to study all aspects of anaesthetic complications. The Anaesthetic Mortality Assessment Committee functioned from 1979 to 1990, but over the years, various problems reduced its effectiveness. The work was revived in 1998. Several medico-legal issues have arisen since 1990, but many of these problems are now resolved.
Over the years, closer co-ordination has developed between NZSA, ANZCA and the ASA. During its history the Society has been supported and sponsored by several medical firms in the publication of Newsletter, organising conferences and providing prizes, and for this the Society is most grateful. The Society now has more than 700 members. 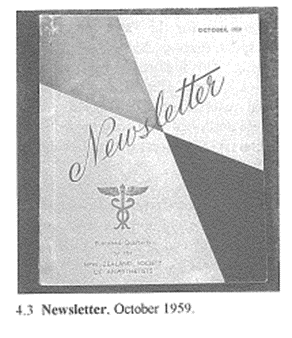 Dr G F V Anson (Eric) was the first NZSA President (1948–1953). Educated at Wanganui Collegiate and Trinity College (Cambridge), he worked as an anaesthetist in London and Birmingham before joining Wellington Hospital in 1921, as Visiting Anaesthetist – the first specialist anaesthetist appointment in New Zealand. He served in both World Wars, before becoming Director of Anaesthesia, Auckland Hospital Board, (1946–1957). 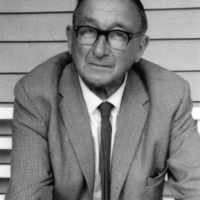 Past NZSA Logo and the Kōtuku

In 1998, the Society celebrated its 50th Anniversary at a joint conference with the ASA in Dunedin, the city where NZSA was founded. At that time the Society’s history was published in Safety through Knowledge (also known as the Golden Book), written by Drs Basil Hutchinson, John Gibbs, and Tony Newson. The title is the translation of our motto (salus per scientiam) introduced by Douglas Chisholm, the 1962-63 Secretary/Treasurer and Editor of our Newsletter. At the same time, he devised the Society’s emblem based on the pentagram, a symbol of safety. Another emblem was adopted in 1998. This was the Kōtuku (or white heron) and signifies a safe journey.

The Society’s old logo, a pentagram, and the kōtuku (white heron) appeared in the Society’s publications and website. The logo depicts the translation from Māori folklore of a kōtuku in flight (representing the physical person), and its shadow (representing the spirit). The Māori translation of the flight and return home of the kōtuku is likened to a patient’s experience under anaesthesia. Te Kōtuku can be translated as ‘safe’ and Rerenga Tahi as ‘journey.’ The pentagram, an ancient symbol of safety, also represents a safe homecoming. ‘Salus Per Scientiam’ (‘Safety through Knowledge’) refers to our patients’ wellbeing and safety through our knowledge as anaesthetists. We wish all our patients Te Kōtuku Rerenga Tahi.

Founding of the NZSA

The Australian Society of Anaesthetists was established in 1934, which may have led Dr Jim Church of New Plymouth to write to leading anaesthetists in our main centres, in 1939, suggesting the formation of a similar society in New Zealand. Regrettably, we do not have a copy of his original letter, but the replies from Drs Marion Whyte of Dunedin, Eric Anson of Wellington, and F. W. Fullerton of Auckland indicate they supported the formation of a society.

However, the Second World War, which began on 4 September 1939, was the major stumbling block.

There were no local conferences during the Second World War, which ended in August 1945, but at the BMA Conference in Auckland in 1946 the Section of Anaesthesia was revived, and meetings continued biannually until 1969. However, at that 1946 meeting a group of doctors interested in anaesthesia proposed the formation of a New Zealand Society of Anaesthetists and elected Dr Eric Anson, by then in Auckland, as Chairman, with Drs Alf Slater of Wellington, Tim Taylor of Christchurch, and John Ritchie of Dunedin, to investigate setting up a Society. Throughout 1947 these four created great interest in their colleagues for this project and received advice from Drs Geoffrey Kaye and Bob Orton of Melbourne.

Before the war, it had been envisaged that New Zealand might join Australia’s Society to form an Australasian group, but Kaye did not encourage this; he strongly supported New Zealand having its own society.

Following the work of that interim group, during the BMA Conference in Dunedin, in February 1948, a meeting in John Ritchie’s home unanimously agreed to form a New Zealand Society within the NZ Branch of the BMA. The proposed Constitution and Bylaws were read and approved. These gained approval from the BMA and our Society was formed, with Dr Eric Anson as President, Dr Alan Tennent as Vice President, Dr Alf Slater as Secretary-Treasurer, and four provincial representatives elected by local members in Auckland, Wellington, Christchurch, and Dunedin. In fact, the other committee members turned out to be Drs Jim Church of New Plymouth, D. Brown of Wellington, Charles Morkane of Christchurch, and John Ritchie of Dunedin. The Society’s first Newsletter appeared in March 1948.

The aims of the Society, stated in the first constitution, remain much the same:

Past Presidents of NZSA