The NZSA is affiliated to organisations in both New Zealand and overseas. We collaborate and work together to advance the specialty, patient care and our wider health system.

NZSA is committed to improving anaesthesia services throughout the world, with a particular focus on our Pacific neighbours. Our support has enabled anaesthetists from Pacific nations to attend international educational meetings or refresher courses – via sponsorship and organising locum anaesthetists to cover lists while Pacific anaesthetists are away. The Society has also assisted in organising emergency relief cover. To find out about the Pacific Society of Anaesthetists view the below. The NZSA hosts this information as part of its ongoing commitment to the Pacific.

Find out about the Pacific Society of Anaesthetists and their services here.

If you wish to take up this offer, please email membership@anaesthesia.nz. 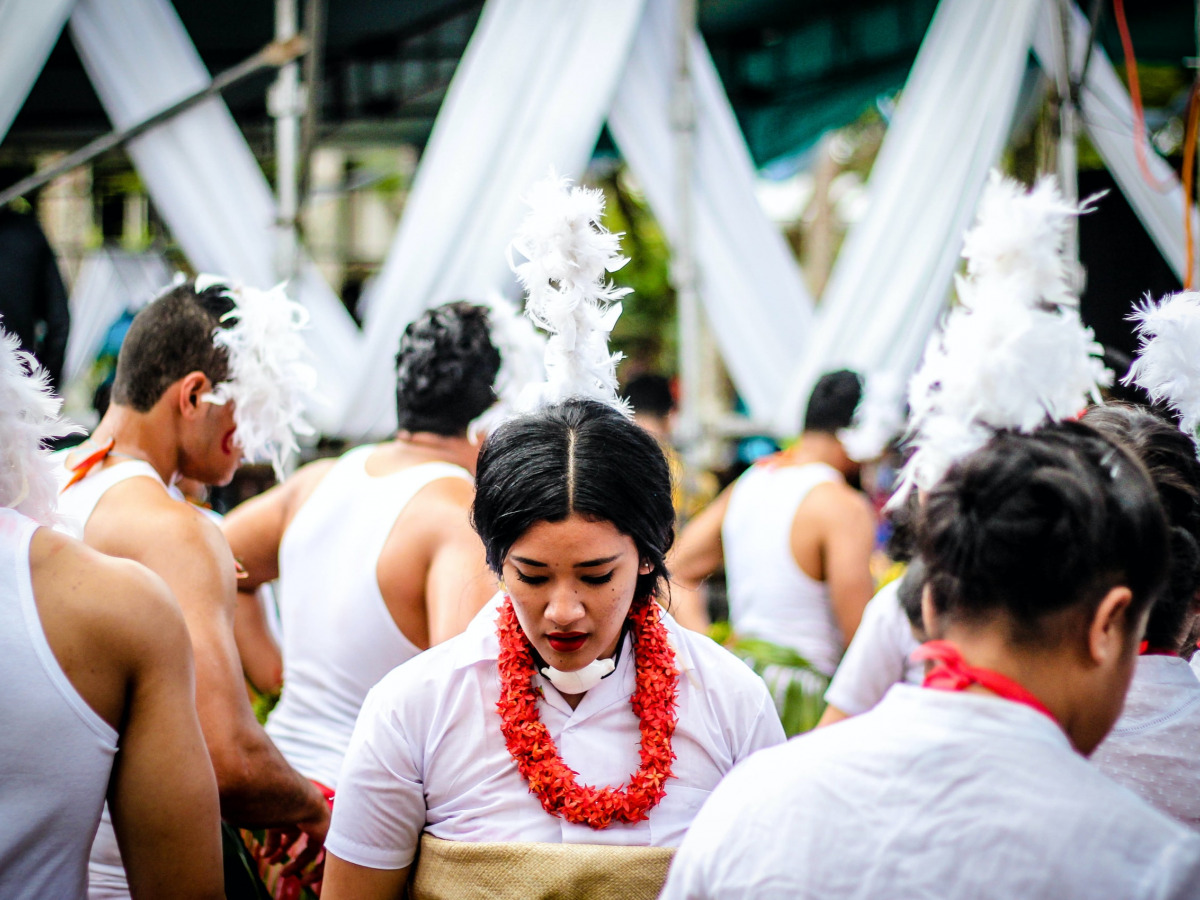 Information about Pacific Society of Anaesthetists

The objectives of the Society are:

The Society was formed in 1989 with the help and support of the Australian Society of Anaesthetists (ASA). Major funding for its Annual Refresher Course comes from the Australian Government and the NZSA. Courses were mostly held in Fiji, but since 2005 it has been held outside Fiji in alternate years in countries such as Tonga, the Cook Islands and Samoa.

The PSA tries to bring all Pacific Member countries together at least once every year and give them the opportunity to take a break from work as well update them on current anaesthetic practice. This is also a chance to meet friends and colleagues and network with NZSA and ASA members.

In the Pacific, distances are immense and professional isolation is a major problem. Refresher courses for anaesthetic staff help to address this isolation and courses are held in the South Pacific, Micronesia (northern Pacific) and in Papua New Guinea.

If you wish to provide locum cover, please contact the NZSA.

PTC is a two-day course which teaches basic trauma management and is designed for doctors and nurses working in resource-poor environments. The first PTC course was held in Fiji in 1997 – since then the course has been taught in over 40 countries. In the Pacific, PTC has been taught in Fiji, Solomon Islands, Papua New Guinea, Cook Islands, Palau, Samoa, Tonga, Kiribati, and Vanuatu.

The course uses a combination of lectures, skills stations, discussion groups and scenario teaching. Some participants also take part in a one-day instructor course and responsibility for running courses is soon handed over to these local teachers.

Wayne Morriss is the PTC Pacific Coordinator. Opportunities to help with PTC come up from time to time. For more information contact Wayne at wayne.morriss@cdhb.govt.nz.

The NZSA, as part of its wider role in anaesthesia education and in its capacity as a registered charity, has made a commitment to assist as needed in the Pacific region. Ted Hughes (whose family is from Atiu) and John Wilson from New Zealand Army aid work forged links with Rarotonga Hospital, so Rarotonga seemed a logical place to start.

The team produced a detailed report with recommendations of changes the hospital could make and ways that NZSA could help. Some of its suggestions have been implemented by the hospital management. Assistance by the NZSA to date has taken several forms including training of anaesthetic staff and providing cover for them. The hospital has a single anaesthetist and one anaesthetic technician who are permanently on call. Cover has enabled them to take much needed leave and to attend courses.

Members are encouraged to assist with this work (contact tedhug@gmail.com). The Cook Island Ministry of Health cannot pay a salary, but airfares may be paid and a per diem allowance made to cover expenses. Some NZSA members working in the public sector may be able to claim the work as a sabbatical or request special leave with pay. ANZCA may also be prepared to view it as a CME activity.

Other ways to assist include sourcing donations of machinery. Auckland City and Gillies Hospitals gifted several anaesthetic machines which were accepted by the NZSA for use in Rarotonga under our auspices. NZSA members have been filling up a container to be shipped to Rarotonga with equipment deemed surplus to requirements in New Zealand hospitals.

If you can help source an item, the most suitable equipment for an environment like the Cook Islands is not the latest electronic equipment but a previous generation of equipment which is much more robust and needs less maintenance. For example, several hospitals in NZ decommissioned pneumatic gas-driven machines held in storage after being retired from use.

Probably the most important function of a mission such as this is establishing relationships between staff at Rarotonga Hospital and their counterparts in NZ. When NZSA members and supporters have been working there we have tried to facilitate this as much as possible.

The NZSA will advertise locum positions free for members and will waive the cost of advertising on the NZSA website to fill any position vacated by New Zealand anaesthetists who volunteer to provide aid to regions such as the Pacific. 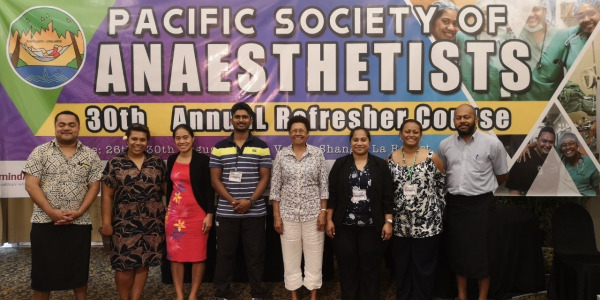 ANZTADC have developed a free, web-based tool for recording anaesthetic incident data, known as WebAIRS (web-based anaesthetic incident recording system). This tool can be used by all anaesthetic departments in New Zealand and Australia. If you would like to join the project and send de-identified incident data from your hospital to this bi-national registry visit www.anztadc.net. An article published in December 2021 provides an overview of 2021 highlights and reflects on the history of webAIRs. Read the article here.

WebAIRS is e-Health compliant and can be incorporated into hospital systems to assist anaesthetists to report, evaluate and receive information about anaesthetic incidents. Results of the incident analyses is fed back into the system so that the ‘loop’ can be closed as part of a quality improvement system.

WebAIRS software includes a tool for presenting incidents at local morbidity and mortality meetings while maintaining anonymity at a national level. If the hospital has an e-Health compliant Anaesthetic Recording System, then data can be shared electronically with ANZTADC.

CPD credits are applicable when reporting incident data to ANZTADC. The programme allows participants to either print a certificate to confirm the credits or to send confirmation by email.

ANZTADC was formed in 2005 by ANZCA, the ASA and the NZSA. A review of existing incident reporting systems was undertaken in 2005-2007 and requirements were drawn up to create the webAIRS software programme. The pilot release of webAIRS took place in 2009 and hospitals were recruited to take part. Ethics approval followed and memorandum of agreements were obtained.

The programme was released throughout New Zealand and Australia in October 2010. The project does not replace or interfere with existing hospital incident recording and management systems (including AIMS) however it enables the forwarding of a de-identified subset of the data to a bi-national registry.

The bi-national registry will be used to work out strategies for preventing such incidents in the future. The project has qualified privilege from the Ministry of Health in New Zealand and the Department of Health and Ageing in Australia to collect the data and protect it once collected.

Read the ANZTADC Memorandum of Agreements. 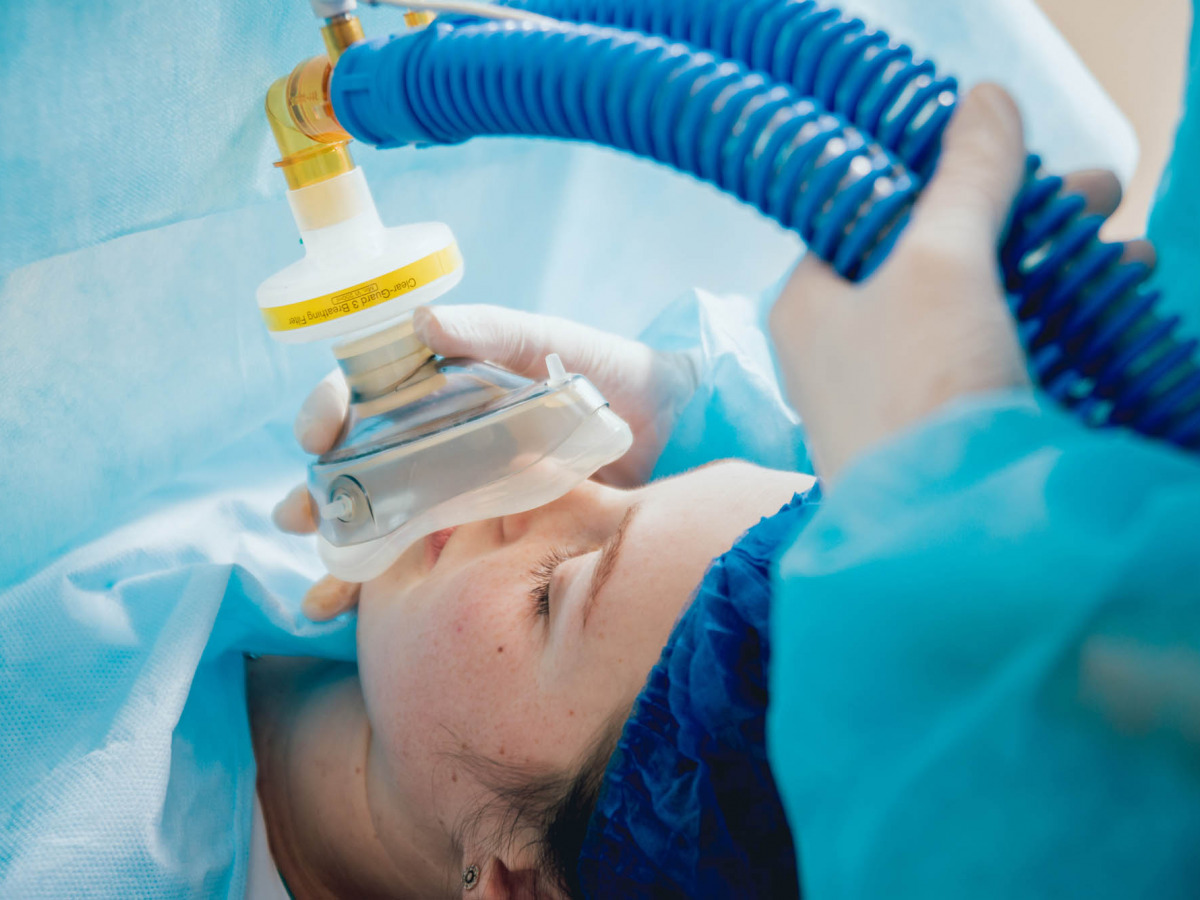 The WFSA unites anaesthesiologists from around the world to deliver the highest global standards of care in anaesthesia, pain treatment, trauma management and resuscitation. It has standing committees for example in education and safety and quality, as well as sub-specialty committees such as obstetrics. The NZSA is a member of the WFSA and has two representatives on the WFSA Committee. 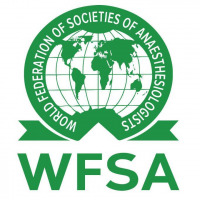 Lifebox is a WFSA project, supported by the NZSA as part of its global development work. Prof Alan Merry chairs the project. This project team has international representatives from Lifebox, Operation Smile, the Vietnamese Society of Anaesthetists (VSA) as well as members of the NZSA Global Development Subcommittee and other anaesthetists involved in this work. Find out more about NZSA’s involvement here.

The CIG membership is made up of the following anaesthesia societies: ASA (USA), ASA (AUS), Association of Anaesthetists (UK), CAS (Canada), SASA (South Africa), and NZSA (New Zealand). The Group meets in person once a year and holds regular teleconferences to exchange information, share resources and work on common projects. 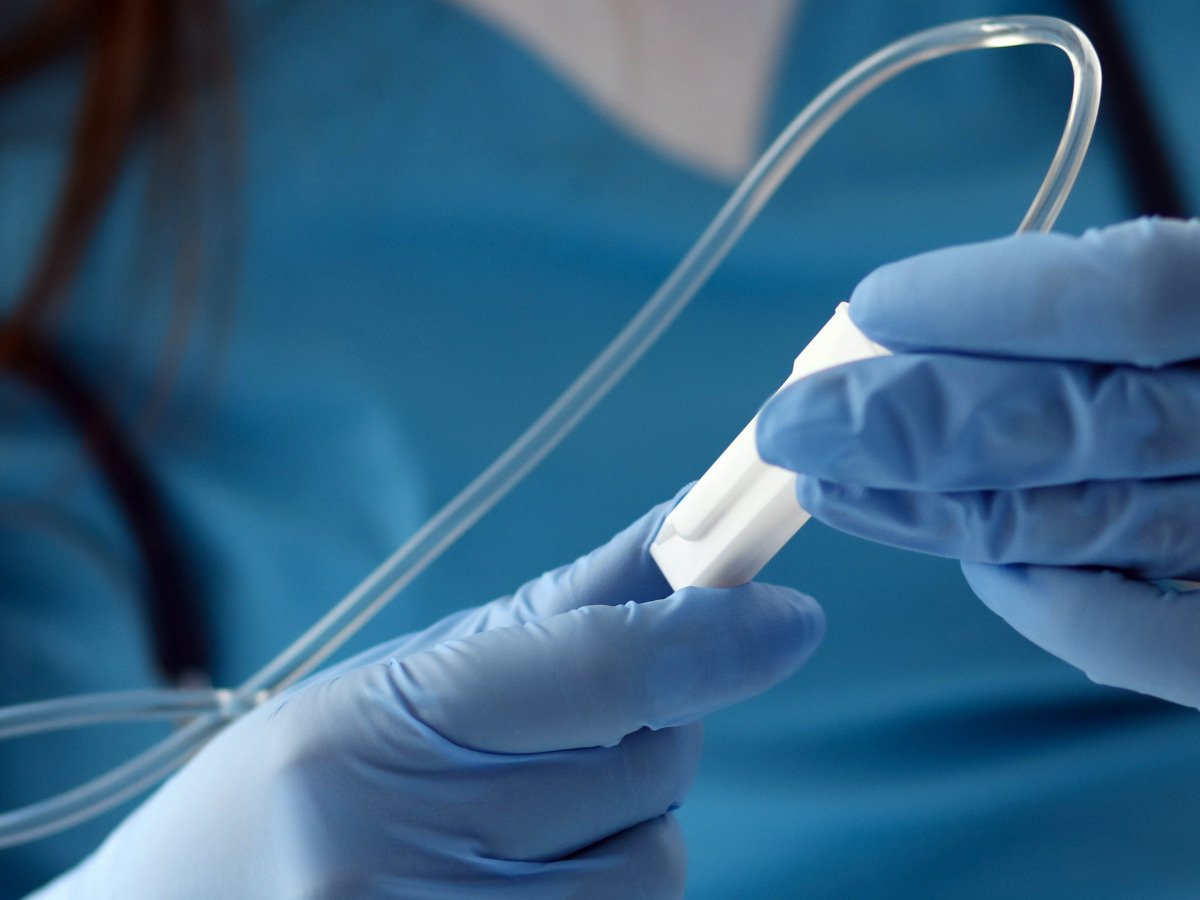 The NZSA has a strong working relationship with the ASA, its sister organisation. The NZSA and ASA Presidents attend each other’s executive meetings and regularly exchange information. The ASA is a member organisation dedicated to supporting and connecting Australian anaesthetists. They work to ensure the high standards of the profession are met to uphold optimal patient care and focus on the economic, workforce and professional interests of their members. 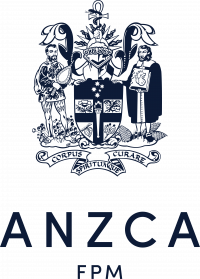 ANZCA’s National Committee NZ has a close working relationship with the NZSA. The committee and NZSA host an annual joint meeting to discuss common issues. The President of NZSA attends NZNC Committee meetings and the NZNC attends NZSA Executive meetings. We have worked jointly on issues like workforce, and assistant to the anaesthetists.

The Society is an affiliated member of the NZMA and are invited to their Annual General Meeting. There is a strong working relationship between both organisations with a sharing of resources and ideas. The NZSA is also represented on the NZMA Specialist Council.

NZATS is the professional body representing Registered and Trainee Anaesthetic Technicians in New Zealand. It provides high quality CPD, trainee education and support to its members and promotes the profession. The NZSA has an MOU with NZATS. We provide admin support for NZATS member services and meetings. NZSA also has a representative on the NZATS Executive Committee who is the conduit to the NZSA Executive Committee and NZSA members.